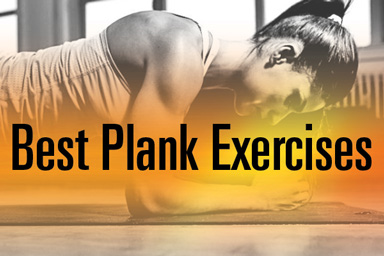 With all the attention paid to core strength and stability – whether you’re an athlete, regular exerciser or rehabilitating from an injury – popular, effective exercises have expanded and changed over time. What hasn’t changed is the quest for beautiful abs – which require a strong core and consistent performance of a variety of exercises that challenge the center of the body.

The core muscles consist of the abdominal muscle groups and the back (erector spinae and quadratus lumborum). The abdominals are comprised of the:

If you are after amazing abs, it’s important that you do a variety of exercises that sufficiently tax each muscle group, which means you should incorporate flexion, lateral flexion and rotation. Performing hundreds of standard crunches won’t get you the results you are after.

One of the most effective abdominal and core exercises is the plank, which targets the transverse abdominus with an isometric contraction. Although the torso isn’t moving, this muscle is working hard to stabilize and hold up the center of the body while gravity pulls it down. Once you’ve performed one correctly, you’ll understand how challenging it is – which is significantly harder than it looks.

The plank has multiple variations to impose different stressors on the muscle and add variety for better results. Try the following options: