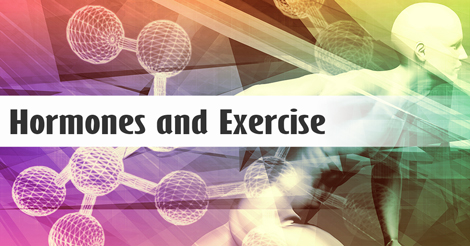 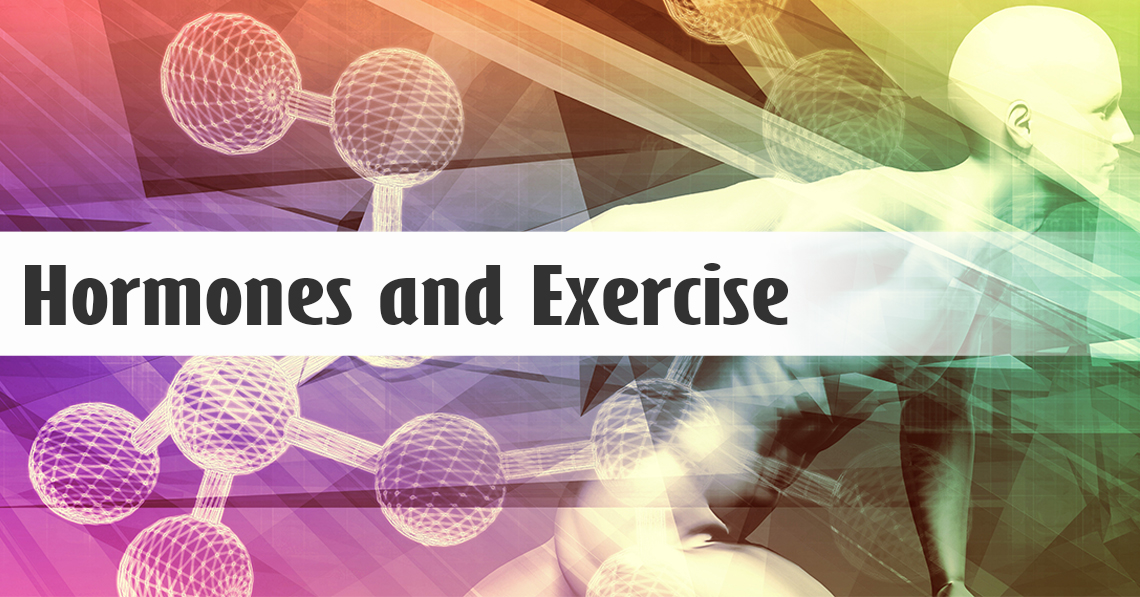 Depending on your age or stage in life, you may not think much about hormones (unless you live with three teenage boys like I do!). So you might not consider how hormones impact your overall well-being or fitness routine.

The reality, though, is that hormones affect your health daily in multiple processes in the body, including playing a role in metabolizing fat and building muscle. And exercise impacts your hormone levels and function as well.

Without getting into a lot of heavy science, here we take a brief look at some of the hormones that are involved in and affected by exercise. Armed with this knowledge, you can better understand what’s going on in your body, examine your regimen and make tweaks if necessary to help achieve your desired results.

This serves as a basic overview, from sources such as the American Council on Exercise (ACE), the National Academy of Sports Medicine (NASM) and other media articles. For specific health concerns and personal recommendations, talk with your physician or seek out an endocrinologist.

Hormones are naturally produced chemicals that control cellular functions and physiological reactions such as energy metabolism, tissue growth, hydration levels and mood, among others. Anabolic hormones build new tissue, and catabolic hormones help to break tissue down. There are 50 hormones in the human body, and they are created by glands, such as the adrenals, pituitary, thyroid, pancreas, ovaries and testes.

Hormones are powerful, and in proper balance, they help the body thrive, but even seemingly minor hormonal imbalances or issues can cause serious symptoms. Signs of hormone imbalance can be difficult relate to hormones, as they may replicate those of other health issues, so see your doctor if you experience nagging issues.

Exercise, in the proper volume, can help keep hormones in balance. Experts say that a moderate level of exercise has an optimal affect on hormone balance; whereas low levels or excessive amounts of exercise ultimately can have a negative effect.

Overexercising can increase stress hormones, and raise the risk of muscle loss, infections, fatigue and injury.

Insulin regulates the metabolism of carbohydrates and fat. When the blood sugar is high, such as after a meal, insulin is released to promote absorption and storage of glucose in muscles or fat. Because the body suppresses the release of insulin when you exercise, experts recommend that you don’t take in foods or drinks with a lot of sugar just before working out. This can result in the glucose being stored as fat instead of being used immediately as fuel during physical activity.

If the body is resistant to insulin, blood sugar stays high, which is a precursor to Type 2 diabetes. Regular exercise can help prevent insulin resistance, and HIIT has been shown to improve insulin sensitivity. Maintaining proper insulin and blood sugar levels is important to reduce your risk of diabetes.

Cortisol is produced in response to mental or physical stress, low blood sugar and exercise. It contributes to energy metabolism during exercise by helping to break down fats and proteins to create glucose. However, elevated cortisol levels can raise heart rate and blood pressure, which is known as the “fight or flight” response. Chronically high levels of cortisol can lead to increased blood sugar levels, weight gain, immune system depression and heart disease.

High intensity exercise can raise cortisol levels, and exercising for lengthy durations or for extended endurance training can increase cortisol levels to break down muscle protein for fuel, instead of using it to repair damaged tissues, and lead to chronic cortisol overload. This is another reason to be intentional about recovery after and in between workouts. Lower intensity, steady-state training is more effective at lowering and regulating the hormone.

Epinephrine is known as adrenaline because it increases cardiac output (heart rate), raises blood sugar, promotes the breakdown of glycogen for energy and supports fat metabolism – all of which are necessary functions during increased physical demands from workouts.  Norepinephrine performs many of the same functions, and, during exercise, constricts the blood vessels in the areas of the body that are not involved in exercise.

Regular exercisers are familiar with “runner’s high,” which comes from endorphins, which block pain and lower anxiety, similar to morphine and opiates. Endorphins also can stimulate euphoria and a stronger immune respond. The good news is that exercise not only stimulates endorphin release, but regular workouts lead to an increased sensitivity to endorphins, so consistent exercisers may feel better more quickly and for a longer period of time.

Produced in higher amounts in males than females, testosterone plays a role in repairing and building muscle tissue and increasing metabolism. Low levels of this hormone can lead to decreased energy and a limited ability to build muscle. Regular exercise has been shown to increase testosterone in men and women, with HIIT having the greatest affect on levels in men. Increased testosterone in women also can help fight excess belly fat.

Estrogen is responsible for regulation of the female reproductive system, but too much of this hormone is a risk factor in breast cancer. Exercise is a healthy way to reduce high estrogen levels and lower the risk of estrogen dominance.

These hormones are the primary ones in controlling metabolism, and some people are diagnosed with low levels, which can make it hard to lose weight. Studies have shown that moderate to high intensity exercise helps to regulate thyroid hormone amounts.

Brain-derived neurotrophic factor (BDNF) helps stimulate the production of new cells in the brain, and can be increased by high-intensity exercise, ultimately for improved cognitive function.

Remarkably, this hormone was first identified in 2012, and is called the exercise hormone. Researchers found irisin helped convert white fat to brown fat, which is better for the body and helps regulate body temperature. Endurance and strength training have been shown to be particularly effective in raising irisin levels, which can boost metabolism. It also can help protect brain cells from effects of injury and aging.

This protein hormone has been found to protect against insulin resistance and Type 2 diabetes by regulating the breakdown of glucose and fat. Research shows that aerobic exercise and core work significantly increase adiponectin amounts.

Clearly, hormones influence many of the physiological responses to physical activity, and, in turn, are influenced by exercise as well. They are critical to health and daily function, but are only one piece of the health and wellness puzzle. For optimal health, follow other smart practices such as a nutritious diet, adequate sleep, stress management and regular medical check-ups and preventative screens.