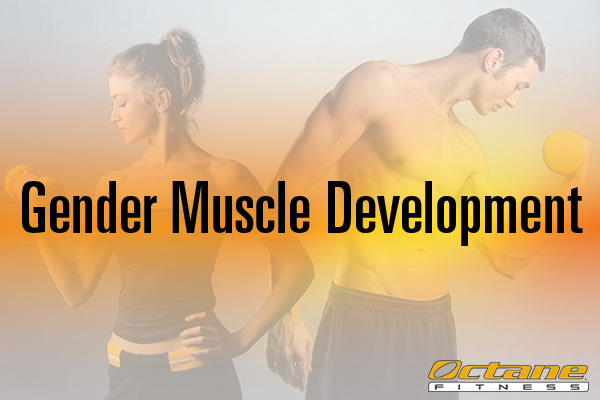 It’s no secret that men and women are built differently. In addition to the obvious physical differences, our bodies are designed to react different to exercise. In this case, we look at differences in muscle development.

In addition to regular cardiovascular exercise, both men and women need to incorporate strength training to ensure healthy muscle development and maximize fat burning.  However, male and female bodies do not create muscle, nor do their bodies burn fat, in the same ways.

While muscle development in women and men is different, that doesn’t mean that men are necessarily stronger than women. Yes, it may be easier for them to build muscle or “bulk up,” but there are plenty of females out there that show women can be just as strong as men. Women may have to work harder for it, but some may argue that just means they want it more.